Returning to the Aces for another winning season is Coach Hayden Bowles. Joining  him for the 2018-2019 season is Coach Josh Berry.  For coaches bios please visit the staff page. 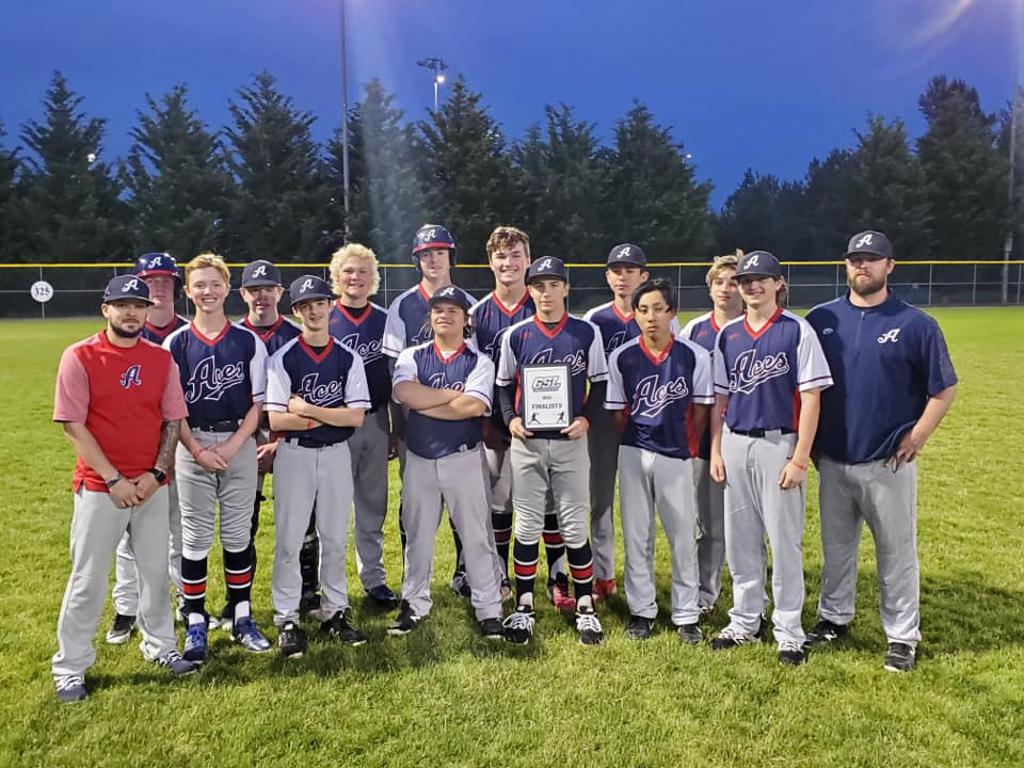 Game 2: Aces came ready to work Saturday led by Shaun Cushmans on the mound who put up great numbers allowing zero runs and besting Rochester Renegades by a score of 8-0. Cushman pitched Aces Baseball Club 15U to victory. He surrendered zero runs on one hit over five innings, striking out seven. Aces 15U fired up the offense in the first inning with Anthony Andrews ground out RBI, and continued to put up four runs in the fifth inning. Brady Hinkley, Nick Hellmund, Kolby Wheadon, and Malaki Hernandez all drove in runs in the frame.

Game 3: Saturday afternoon the tempo continued as Aces Baseball Club 15U jumped on an early lead. We pulled away for good with three runs in the fourth inning, starting with Nick Hellmunds single on a 2-1 count, scoring one run, Anthony Andrews drew a walk, scoring one run, and Austin Baalman singled on the first pitch of the at bat, scoring one run. Andrews got the start pitching five innings, allowing four runs on nine hits, striking out three and walking one. Shaun Cushman, Hellmund, and Brady Hinkley each  collected two hits to lead Aces Baseball Club 15U to the 6-4 victory.

Game 4 Semi final: The 15u squad battled to win the semi final game Sunday June 2nd 6-5 defeating Seattle Select Black. Although Seattle Select got on the board in the first inning, Aces stayed focused and kept pace with runs in the first three innings, then took the lead for good with three runs in the fourth inning as Nick Hellmund doubled on a 1-1 count, scoring two runs and Shaun Cushman doubled on a 1-0 count, scoring one run. Keaton Fisher toed the rubber for the Aces going three and two-thirds innings, allowing five runs on six hits and striking out three. Bats were hot as Aces tallied 12 hits on the day led by Fisher, Hellmund, and Brady Hinkley each collected two hits.

Game 5 Championship Game:  Aces Baseball Club 15U opened up scoring in the bottom of the first inning with RBI's from  Conner Dow and Braden Rogers, and ground out by Brady Hinkley to grab a 3-2 lead over Washington Rush.  Aces Baseball Club struggled to keep the offense going, and allowed 8 runs over the the following 4 innings to loose 11-3.

In the top of the second inning, Washington Rush 15U tied things up at three when Eli Groves grounded out, scoring one run.
Washington Rush 15U took the lead for good with two runs in the third inning. In the third Tyler Brummitt singled on a 3-1 count, scoring one run and Tyler Shook singled on a 3-1 count, scoring one run. Brayden Rogers was on the hill for Aces Baseball Club 15U. He lasted three and two-thirds innings, allowing seven hits and six runs while striking out two. Nick Hellmund and Connor Dow entered the game from the bullpen, throwing one inning and one-third of an inning respectively. Rogers, Hinkley, Dow, Shaun Cushman, and Kolby Wheadon each collected one hit to lead Aces Baseball Club 15U.

Coach Hayden ended the tournament with pride and words of encouragement, "Great tourney! Didn’t end how we wanted but playing in the champo is always a great accomplishment!! ...Thanks again everyone for making this team a great Aces family! Couldn’t ask for a better group of kids and parents!". We look forward to more sucessfull showings like this one, and are proud to hang another piece of hardware in the facility. #ALLIN

Aces sends off the first year of graduates

This fall, Aces Baseball club was proud to send its first graduating class to the next level.  All seven of the seniors found homes for higher education and baseball across the nation and at many levels of competition:

Coaching staff has kept in touch with these players, and look forward to seeing them at the facility later this season. Congrats to all the hard work, we wish you the best of luck in your upcoming seasons!

Aces Baseball Club has a slightly different take on team and coaching structure then many other select organizations. First, Aces has selected core coaches who will be present at all practices and games. All players will have the opportunity to come to know and interact with the respective coaches. We believe that in doing this, players have access to more insight and instruction, and build solid player-coach relationships to last their subsequent seasons with the Aces. In addition, coaches have a comprehensive knowledge of player skills, potential, and work ethic and can recommend opportunities to play above their age level.

Secondly, the Aces program is designed to put players in more mixed age group settings. Training kids in this fashion will improve bonding and team chemistry throughout the organization, will challange kids skills and strength, foster healthy competition, and will allow players opportunities to earn promotion to play at higher age levels.

As in the minor leagues, players may be promoted up to play at a higher age level per coach reccomendation. Teams will also be scheduled for at least one higher level tournament. Promotion in this way offers an opportunity to continually develop our athletes, while keeping in perspective the demands of the next level.

Lastly, Aces baseball club wishes to help players at all age levels achieve the goal of college play if desired. Parents will be encouraged to participate during games by filming at bats and key fielding opportunities to supplement practice film collected by coaches. In addition, The coaching staff use the online recruiting tool fieldlevel.com to promote players by increasing visibility to college coaches. Starting as early as 14 gives colleges the ability to see growth and growth potential for kids. Interaction with college coaches will happen. Aces Baseball club wants our players to be prepared to ask questions to find the school with the right athletic, scholastic, and financial fit for them. These classroom practices will include video chats and or conference calls with regional college coaches. Lastly, coaches will be asking your child about GPA's and test scores to keep them on track as we want to promote student athletes.